The operations manager for the 29 Domino’s Pizza outlets within the Wynyard Park-based Racz Group, Stephen loves to find young delivery drivers and store staff who have what it takes to help the company continue its spectacular success.

After all, if founder and owner Mike Racz hadn’t done the same for him, Stephen doesn’t know where he’d be now.

After playing for Hartlepool as a schoolboy he had a spell with Darlington and then signed for Middlesbrough, where he played as a striker in a flourishing Academy set-up that included future stars Stewart Downing, Lee Cattermole and David Wheater.

“We had a great team and the first team had famous names like Mark Viduka, Jimmy Floyd Hasselbaink and Mark Schwarzer,” Stephen recalls.

When he was released at the age of 19 his prospects didn’t look great, until a twist of fate led to him landing a job as a delivery driver at Racz’s first store, in York Road, Hartlepool.

“I was always bright at school, but I was only really interested in football and I didn’t put any effort in, and I came out with grade Cs.

“When I finished college my mam said, ‘Right, you’ve got to get a job.’ She was on a bus when she saw a sign in the window saying, ‘Drivers Wanted’.

“It had only been open two weeks and Mike was working when I handed my CV in. I took a job as a part-time driver while I decided what to do with my life. I didn’t have a clue! I’d done a BTEC in sports science at college but where do you go with that?”

During 18 months of Stephen delivering pizzas, Mike could see he had much more to offer.

“People with a sporting background are generally good at managing teams,” said Stephen, who is also a business partner in two of the group’s Anytime Fitness gyms.

“The job required energy, drive, passion, commitment and bonding with people – all those qualities you want in a footballer. Everyone had a common goal and the standards were so high. I wanted to be better and I learned the basic skills of making pizza.”

Promotion to assistant manager was as far as Stephen wanted to go in the business back then – but Mike had other ideas!

“When he opened a new Domino’s in Stockton he asked me to go as manager. I didn’t want to, but he said, ‘Well, you have to!’. He asked what would make me go and I gave him a few requests, not thinking he’d agree to my terms. 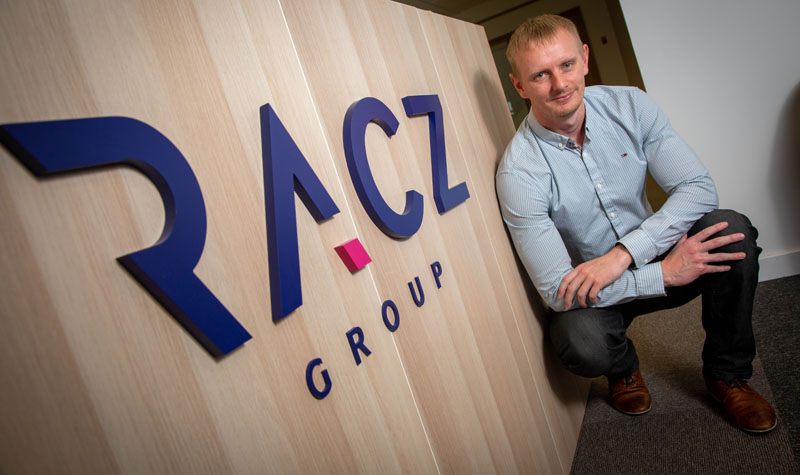 “But sure enough, he said, ‘Done!’ I thought, ‘What have I committed to now?’ I gave it a go and learnt a lot, being responsible for about 40 people. I was 23 and still playing football.

“At first you continue like you did as a colleague but soon it became apparent that you need to have boundaries and draw back and my role changed. It was great to see myself coming on – and I was able to help the people around me as well.”

Stephen continued to put the lessons he had learned from Mike into practice and the store became the group’s busiest, a title it still boasts today.

“I was just a driver, somebody from the street who knew nothing. But Mike would give me orders to make and I would deliver them and come back and he’d give me another.

“That brought me on and I did the same with staff who I thought had potential. It’s all about giving people opportunities.

“Back then Domino’s was always a way for people to make some extra money until they found the next thing.

“Now people come here and see it as their career, which is great to see, but I still take great pride in finding people in stores and making them something – spotting a genuinely nice person who has the company at heart and who doesn’t even realise their own potential. That’s why I do what I do.

“Whether people come in as drivers or senior managers with lots of experience, that opportunity is still there if people commit and want the best. We are all driven and we need people who share that. Mike is a great advocate of nothing being impossible.

“Integrity is also important here and the only person who ever really knows if you have integrity is you.

It’s about the small details and doing the right thing when nobody else is watching.

“I remember Boro’s Academy manager Dave Parnaby talking to us about cutting our toenails and cleaning our boots. He said, ‘If you’re not looking after your feet, you’ll never be a footballer. Your feet are your livelihood!’

“It’s the same with my work – if I’m not in uniform, clean and tidy, I won’t go in and I expect the same of my staff. It’s about doing the right thing.”

Serving the best pizza is another key ingredient of the Racz story.

“I’d challenge anyone to find a better tasting pizza. I’ve been eating them for 14 years and I don’t get sick of it – last week I had one for dinner three nights on the bounce!”

There are more than 1,000 employees and many of the senior staff started out as drivers or instore workers alongside Stephen, head of training Chris Dring, area manager David Kitching and chief operating officer Laura Tarran.

“We began with one Domino’s store 14 years ago and now we have 29 throughout Yorkshire and the North-East.

A programme which helps unemployed people get back into work has expanded thanks to a near £1m boost. The £7.5m scheme, which has engaged with […]