Industry leaders, politicians and business influencers across the Tees Valley have joined forces to warn government that proposed changes to the current UK gas transmission charging system will hit jobs, investment and plans to decarbonise the area for decades to come.

Major industrial firms across the Tees Valley are significant users of gas in their processes and have benefitted for around 20 years from a charging structure that means they pay less for the transmission of gas as a result of their proximity to the North Sea.

They argue that the “Shorthaul Tariff” is fair because they use only a few kilometres of the national pipeline system compared to others who require gas transporting hundreds of miles across country. They are now calling on government to make further reforms which include a replacement for the tariff.

A restored tariff would also help the Net Zero Teesside consortium looking to secure the world’s first large-scale carbon capture utilisation and storage facility (CCUS) on regenerated former steelworks land in the centre of one of Europe’s largest industrial clusters.

The independent UK energy regulator Ofgem announced on Thursday May 28 that it is to scrap the tariff from October to comply with new EU regulations.

The move will result in a very significant increase in gas transmission charges to some of the biggest employers in the Tees Valley, costing each millions of pounds extra every year.

It will also add to the pressures many are already facing as a result of Brexit uncertainties and the Covid-19 crisis.

Instead, the revised system of charging will rebalance charges on the basis of capacity, taking no account of where customers are based in the UK or how much of the pipeline infrastructure they use.

“Without a replacement for the current shorthaul tariff, which is based on the fact that our business only uses a few kilometres of the national pipeline, Ofgem’s proposal will expose our Billingham site and others to a 25-fold increase in gas transmission charges.

“We are currently operating in a very challenging economic climate. As we seek to re-emerge safely from this crisis, it is vital that Ofgem works with government and industry to find a constructive solution to this issue quickly before the damaging new charging regime is implemented to the detriment of the Tees Valley economy.’

Phil Bailey, general manager (EAME region) for Lucite International, also based in Billingham, said: “As one of Teesside’s key chemical industry employers, the changes being proposed to the charging scheme will have a detrimental impact on the global cost competitiveness of our operations and are being implemented at a very unhelpful time. 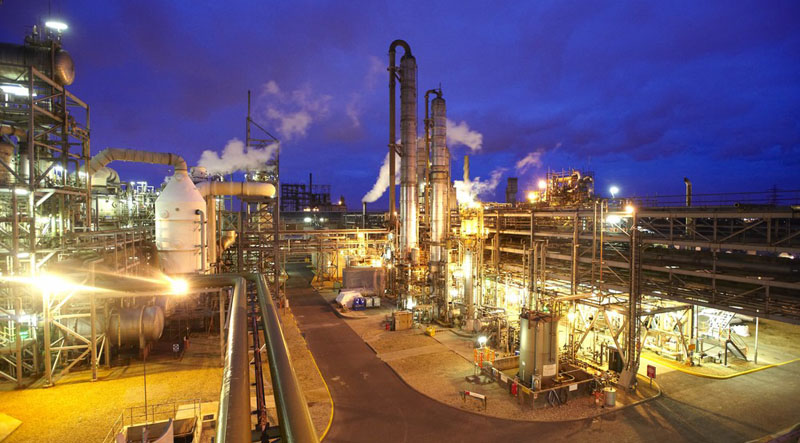 “This change comes when we, like many other businesses in the country, are already facing unprecedented external challenges which are having a significant negative impact on our financial position and bringing real uncertainty.

“As the manufacturer of the raw material for Perspex, the material of choice for the application for virus protection screens, we are doing what we can to help in the fight against Covid-19 and it is difficult to understand, when many other businesses and individuals are being financially supported through this very difficult period, how we are facing what would be a very damaging potential increase in our costs.”

Nomi Ahmad, head of Wilton-headquartered Sembcorp Energy UK, which owns most of the available development land available to investors at Wilton International, said: “We have invested in Teesside for the long-term and are doing everything we can to develop Teesside into the UK’s leading low carbon energy and industrial cluster – bringing in more foreign investment and creating more jobs.

“This proposed course of action would jeopardise our growth plans for the area and hit Teesside’s existing businesses as well.

“With industry, local and central government all working together for the future of Teesside, it is important that Ofgem understands the broader economic pressures on industry.

“This issue represents a major source of uncertainty for businesses and future investors. We have to get government, industry and Ofgem together to find the right solution that will ultimately benefit energy consumers.”

Alex Cunningham, Stockton North MP, added: “This is not protecting the interests of a significant tranche of gas consumers in the north east of England – firms that make a substantial contribution to the national and regional economy in terms of the export value of the products they make.

“Driving through this change to meet EU regulations after we have left the EU, is illogical, especially given the severity of the regional impact for key manufacturing industry. It is an investment that regional industry shouldn’t need to make, cannot afford and that doesn’t benefit anyone – including the domestic consumer, to meet legislative deadline that doesn’t even apply post Brexit.”

Philip Aldridge, CEO of the Wilton Centre-based North East Process Industry Cluster (NEPIC), said: “As an industry we must remain competitive to ensure our long-term future – and seek certainty in uncertain times.

“These proposed changes only bring more uncertainty and additional significant costs to Teesside manufacturers that they can ill afford at a time when they are most vulnerable due to the current economic climate.

“Government support is vital to the long-term viability of this important industry. We are an industry that underpins thousands of businesses and jobs, and that can make change for the good, and ensure we leave the environment in a better condition for generations to come.

“Our foundation industries must be protected, or we risk losing the downstream industries which depend on them.”

In a significant departure from the existing regime, a large proportion of revenue recovery would be shifted from capacity-based to commodity-based charging.

The large-scale manufacturers on Teesside currently receive a tariff relief due to their proximity to the North Sea and the few kilometres of the national pipeline system that gas must travel.

Also known as the short-haul tariff, it seeks to avoid inefficient by-pass of the National Transmission System by large sites located near to entry terminals. The formula to calculate short-haul charges is derived from an estimate cost of laying and operating a dedicated pipeline.

The move away from this current system will cost energy intensive process industry firms, close to terminals such as those in the Tees Valley, millions each year and impacting their ability to remain competitive.

Previous calls by industry participants to introduce a more appropriate charging mechanism reflecting the costs associated with operating the transmission system for short-haul consumers have been ignored.

Should these changes become effective from October 2020, industry may be forced to seek alternative solutions in the form of a private gas pipeline to remain competitive and remove the risk of operations potentially locating elsewhere in Europe.

The North-East and particularly Teesside is home to the largest single cluster of process, chemicals and energy companies anywhere in the UK, and the second largest in the whole of Europe.

Together the multinational companies, that call the North-East their home, manufacture 50 per cent of UK foundation chemicals and a third of UK pharmaceuticals – bringing more than £2.1 billion of value to the region each year.

They have been described as the industry of industries, employing 39,000 people locally. Tens of thousands of jobs within the region’s downstream chemical-using industries – including healthcare, electronics, automotive and textiles – rely on its continued success too.