Tees Components has cause to celebrate as the official commissioning of its Tees White Gill Thrusters for the illustrious new polar research vessel RSS Sir David Attenborough took place at the Cammell Laird Shipyard on Merseyside.

The business, based at North Skelton, near Saltburn, supplied four of its Tees White Gill Thrusters for the £200m polar research ship, which is owned by the Natural Environmental Research Council, and will be operated by British Antarctic Survey to carry out scientific research, cargo operations and berthing in both Antarctica and the Arctic.

An engineering team from Tees White Gill Thrusters undertook the commissioning of the thrusters at the shipyard, as the RSS Sir David Attenborough which is part of a £200m Government investment to maintain the UK’s position at the forefront of climate and ocean research, hit its latest milestone.

Tees White Gill Thrusters produces pump-jet thrusters that are fitted to a variety of ocean-going vessels, including arctic research and naval ships.

The company has an international reputation for manufacturing and supplying the 360-degree thrusters together with steering and control units to international maritime standards.

The four 60-T3S-QR azimuth thrusters, which can be controlled independently, in any combination, or by the Dynamic Positioning System, will enable the new polar vessel to manoeuvre and position extremely accurately in challenging conditions, and will hold the vessel in a fixed position to enable it to effectively carry out operations even in Antarctica’s most extreme weather.

Sharon Lane, managing director of Tees Components, said: “We are particularly proud of the contribution that Tees White Gill Thrusters has made to the iconic RSS Sir David Attenborough. 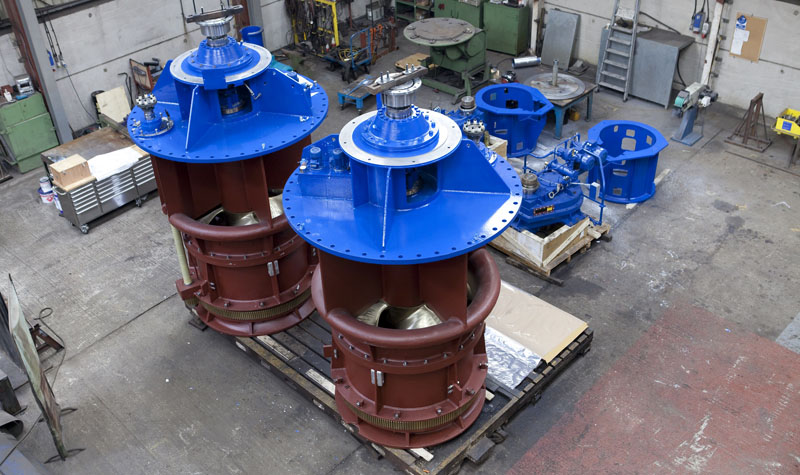 “These thrusters are an example of great British design and expertise and reflects the engineering capabilities of Tees Components.

“This is another example of the skill and expertise that place the firm well and truly at the forefront of engineering excellence.”

Sophie Fielding, biological science lead for the RRS Sir David Attenborough, said: “The Southern Ocean is renowned for strong winds, with regions referred to as the roaring forties and furious fifties.

“The thrusters will allow us to work safely and for longer in this challenging environment, one of many reasons the RRS Sir David Attenborough will be one of the most advanced polar research vessels in the world.”

Stockton-based tailor Norman Ainsley has spoken of his sadness when lockdown happened, stopping 20 years of customer service dead in its tracks one spring day […]

Praise for Tees-based companies that have not only weathered the coronavirus storm but also seen their businesses grow has come from UKSE. The Tata Steel […]