Two recent business fires have been last orders for one and hair raising for another.

The Roundhill Brewery in Billingham is still shut and the House of Ford hairdressers in Norton re-opened with just eight minutes to spare after cleaning up from a blaze next door.

Cleveland Fire Brigade says they are graphic examples of just how devastating business fires can be.

Microbrewery owner Russell Allen said his business suffered massive fire and smoke damage on 1 June and forced him to call time and get ready to start again.

He said: “It has been devastating to say the least. It happened right in the middle of lockdown. Strangely we were doing quite well with the pubs shut and more people drinking at home. We had a big demand for bottles. Now all the brewery kit, including the casks, has been contaminated. They are stainless steel and hard to sterilise.

“We have had to shut and I have no idea when we will be able to open again. It couldn’t have happened at a worse time.”

The business is set up to brew around 4,200 pints of craft beer a week and around 1000 bottles at peak times.

House of Ford, was delighted to be given the government go-ahead to welcome back customers from July 4, but this unexpectedly involved a big clean-up following a large blaze at the bathroom studio next door just two weeks earlier.

It caused massive structural damage to that business and firefighters tackling the blaze had to force entry to the hairdressers to prevent it spreading.

Owner Lyndsey Ford said: “They did a magnificent job. But when I got the call and drove across all I could see was huge flames and smoke. I feared the worst. I was really shocked. 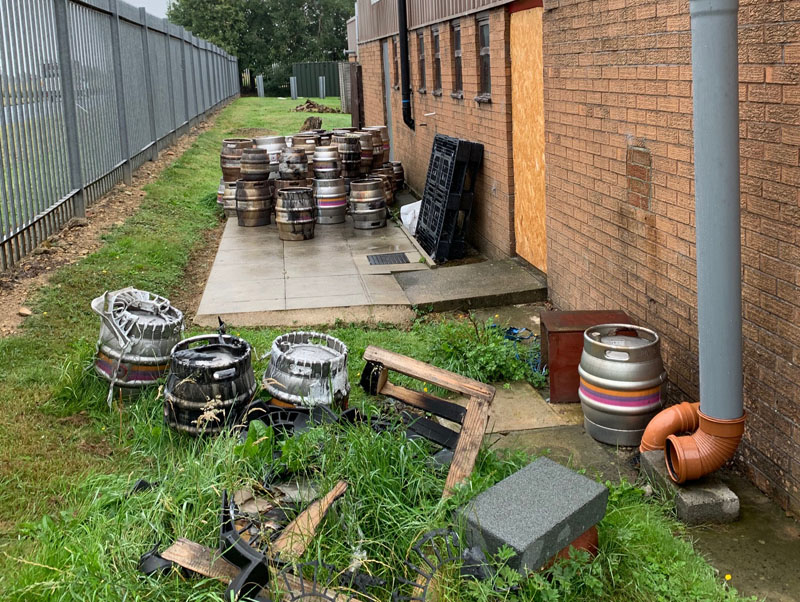 “We had to shut at the start of lockdown and we desperately needed to get going again. We were determined to re-open and we just got it all ready with just eight minutes to spare. There was a lot of water damage and dirt and we still have a temporary front door. It has been a really anxious and stressful time.

“Even though the fire was in a neighbours business it has significantly impacted on surrounding businesses and that is not something I had thought about before.’

Figures show that 86% of businesses that have a fire simply never recover and literally go out of business.

Steve Johnson, area manager for engagement and prevention, said: “These are heart-breaking tales and just show the hugely damaging affect of fire. In these difficult times we are committed to supporting businesses and other organisations to give them advice and guidance in implementing fire safety regulations.

“There is lots of advice and information on our website for businesses both on fire safety responsibilities and on how to protect premises from arson. We also offer weekly virtual drop-in sessions that allow the responsible person in the organisation to speak to one of our team and even show us any issues they have in the premises. Our number one priority is keeping our communities safe.”’

For more information visit clevelandfire.gov.uk/business-advice or call the Fire Engineering team who look after business safety on 01429 874109.