A business which began life in their parents’ garage has developed into a multi-million-pound industry for two inspirational Acklam siblings.

Jordan and Liam Nixon could not be prouder of their business achievements so far.

The Acklam-born lads, just 26 and 33 years old, are managing directors of Nixon Safety – nationwide distributors of safety supplies and site consumables – which has turned over an astonishing £9m since the start of January 2020.

“Liam and I were both working offshore at the time,” explains Jordan. “I was a welding inspector and Liam was an electrician. 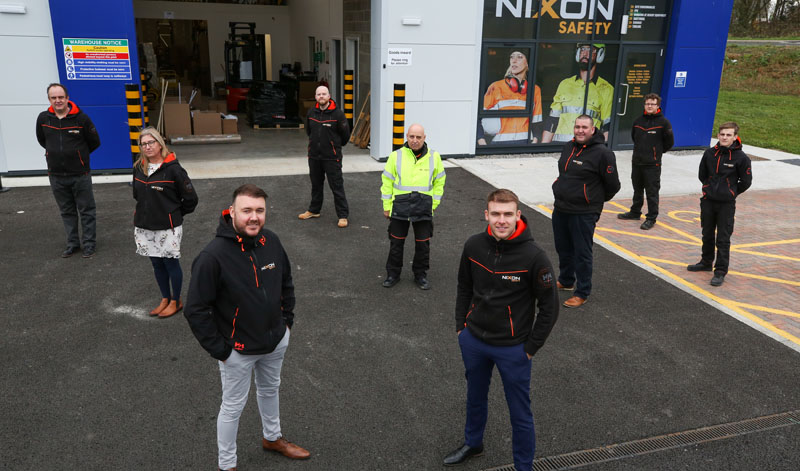 “Utilising the contacts we had in the oil and gas industry, we decided to start our own company and try to build up a reputable business which would enable us to work at home rather than away from our families.”

This idea was put into practice in 2014, with Liam and Jordan using a garage to hold the very little stock they had at this time, not knowing where the business would eventually go.

In between juggling work on the oil rigs, the brothers began knocking on doors to gain business, along with supplying to friends and friends of friends in various industries throughout Teesside.

“I remember one of the first things we did was import 12,000 pairs of gloves from China,” laughs Jordan.

“Unfortunately, there were major problems with importing directly from China, so we adapted how we operated and sourced trusted UK-based suppliers to work with.”

Fast forward three years and Jordan and Liam had both put in endless hours building up a network of contacts and expanding into the supply of various products including tools, signage, janitorial and site consumables.

The time was right to leave their full-time employment.

“It was a gamble we firmly believed in,” said Jordan, who was the first to jump ship, closely followed by Liam a few months later.

In the early days, the brothers shared a unit at the South Tees Business Centre. However, sheer graft and determination soon found them moving from premises to premises, increasing in size each time. 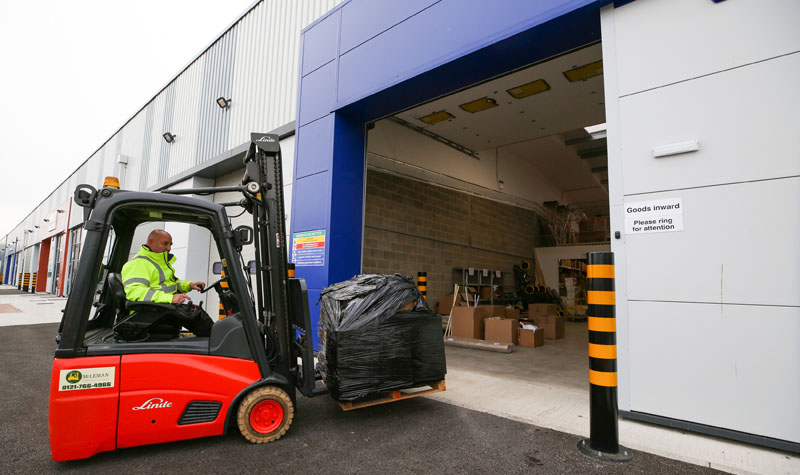 They are now at the forefront of the TeesAMP site and supply some of the largest companies both locally and nationally.

“We will always go the extra mile for the customer and offer a personal service,” said Liam.

The company stocked up on fast-moving products, a decision that unwittingly saw Nixon Safety become one of the region’s premier suppliers, immediately at the forefront as Covid struck and the demand for PPE equipment surged.

“We accept that Covid was, and still is, incredibly difficult for so many people and businesses,” says Jordan.

“But we were ideally placed to play our part. For example, we were able to supply a range of products with immediate effect to government-level organisations such as the NHS, not only on Teesside but nationwide.

“We’d also been fortunate enough to establish a relationship with a company down south for which we were distributors.

“At the height of the first lockdown we were sending hundreds of thousands of pounds worth of stock a week and working from six in the morning until two the next morning to ensure all orders were fulfilled correctly.”

Nixon Safety employed three new staff to cope with the increased demand and enquiries. All the new recruits were highly experienced in the field and had worked for famous names in the sector such as Arco and Greenham.

“The recent move to the new TeesAMP-based site has significantly increased business and enabled us to create jobs and secure others,” says Liam. 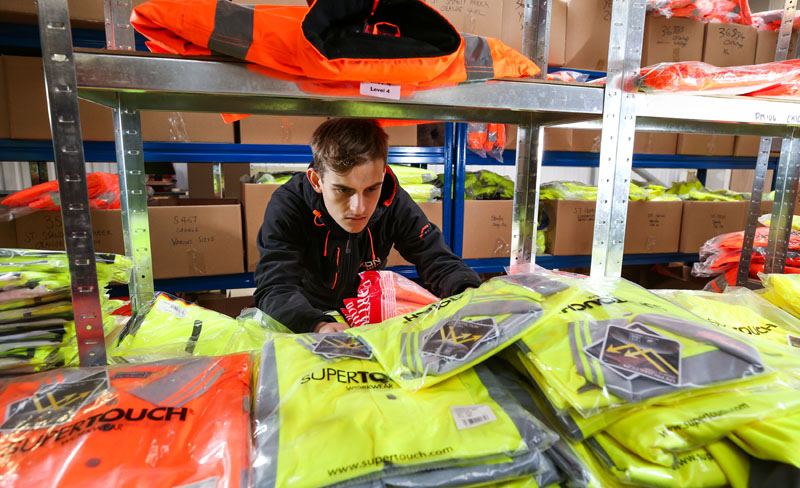 “While the demand for PPE has calmed down now and there are more people in the market, sales are still high.

“Although the company’s primary goal is to supply nationwide, we have on many occasions supplied into countries such as Mexico, Kuwait, Germany, Malta and the USA.”

One thing Nixon Safety will never compromise on, however, is their personal touch.

“What’s important to us is that we retain our core qualities of warmth and personal service,” said Jordan.

“People often get let down as a company expands and they lose their hands-on approach. Nixon Safety guarantees to meet our clients’ needs at a competitive price and with attention to detail.”

The year 2021 will see Nixon Safety continue to grow and expand and Liam and Jordan are thankful for every bit of the success they have experienced so far.

That’s why they have shared their good fortune throughout the pandemic, donating thousands of pounds worth of face masks and hand sanitisers to local good causes such as Zoe’s Place, Teesside Hospice and Middlesbrough and Teesside Philanthropic Foundation.

“It’s very important to us that we give back,” says Jordan.

“We are Teesside lads through and through and we really appreciate the great things our local charities do.”

An adopted Teessider has opened up about the incredible success of his fast-growing business empire, citing grit, determination, a willingness to work hard, a refusal […]

Chartered accountancy firm Baines Jewitt has welcomed 19-year-old Lewis Poppleton from Norton to join its practice. Prior to starting work at Baines Jewitt, Lewis was […]