Middlesbrough is looking forward to dynamic year of ground-breaking development as the town looks to a future beyond Covid-19.

Major regeneration projects continued across the borough throughout 2020 despite the widespread restrictions imposed by the Covid-19 pandemic.

And Middlesbrough mayor Andy Preston has pledged to build on the momentum, driving forward an ambitious array of developments and investment over the coming 12 months and beyond.

Highlights of a packed year include: 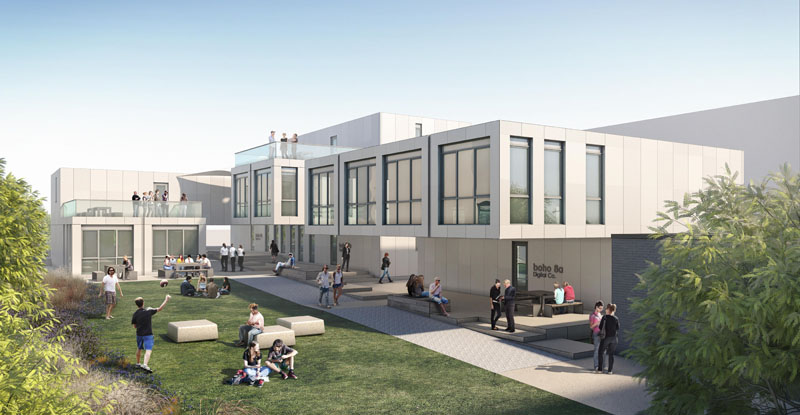 The £2.3m Boho 8 project – the latest element of the hugely successful Boho quarter and the first development within Middlesbrough’s Digital City project – is due for completion in January.

The bespoke modular units will provide additional space for rapidly expanding companies in Boho One and Boho 5, as well as attracting new digital and creative businesses to the area.

Ambitious plans for the flagship Boho X development at the heart of Middlesbrough’s digital powerhouse were submitted in December.

The state-of-the art seven-storey building will act as a regional and national focal point for the burgeoning digital sector, and as a catalyst for social, economic and environmental change across the Tees Valley and the wider region. 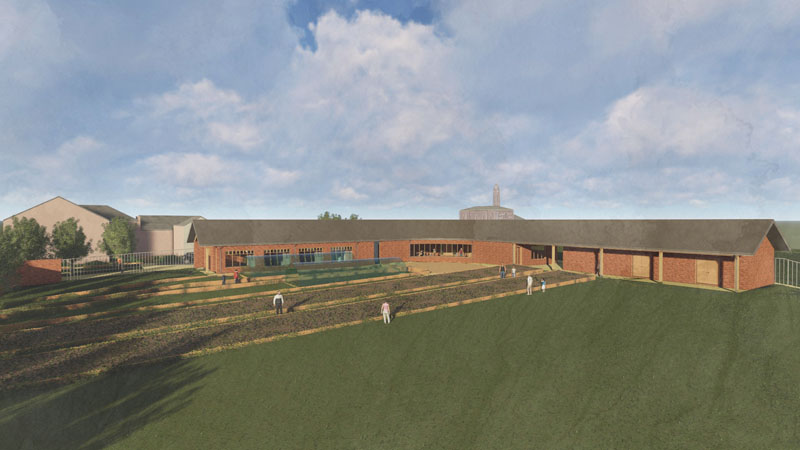 Work will get under way in 2021 to give part of Middlesbrough’s historic Middlehaven area a new lease of life as an urban farm and community garden.

Plans have been submitted by the Camphill Village Trust – a national charity that supports adults with autism, learning and other disabilities – for the site at the corner of Stockton Street and Commercial Street. 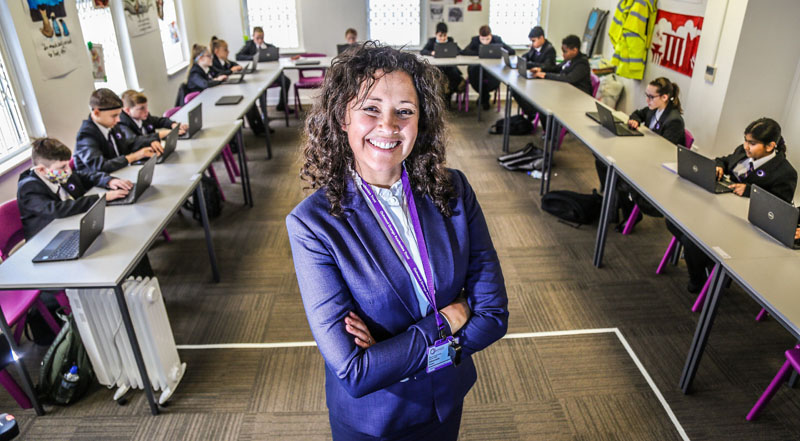 Work on the free school’s permanent campus next to Middlesbrough College is due to start early next year, with the new school due to open its doors in 2023. 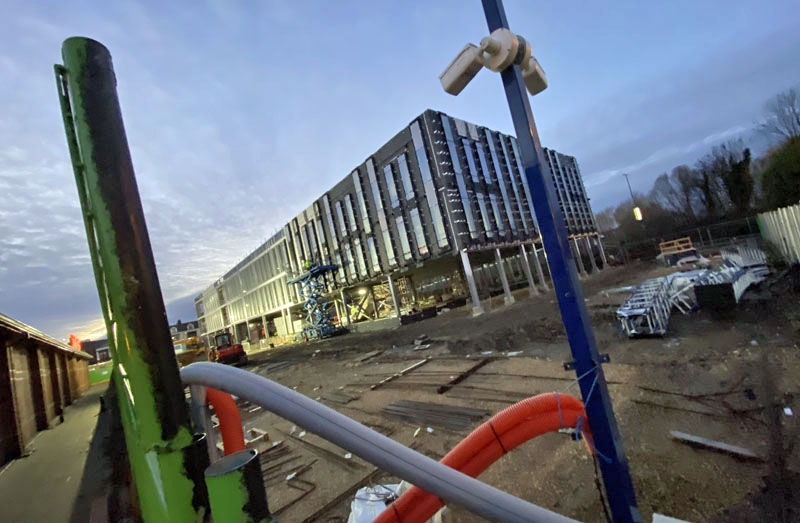 The purpose-built, three-storey building at the Hartington Road gateway to the town will replace the school’s existing Acklam base in September 2021.

Leading build-to-rent developers Placefirst have unveiled the first glimpse of their major new Middlehaven housing development, with detailed plans due for submission in the spring.

The focal point will be around the creation of townhouse terraces, to frame the Grade II Listed former Town Hall.

The first phase of the development is expected to deliver approximately 40 new homes, with future phases anticipated to lead to the creation of more than 200 properties.

Social housing provider Thirteen has teamed up with Middlesbrough Council to develop 145 new affordable and much-needed homes in the Gresham neighbourhood.

The high-quality new homes will all be for affordable rent and include two to four-bedroom homes with a mix of houses, apartments, and bungalows, on land that was cleared a number of years ago between Diamond Road and Union Street.

Thirteen is investing £20m in phase one of the development and the first of the new homes should be available to rent in summer 2022. 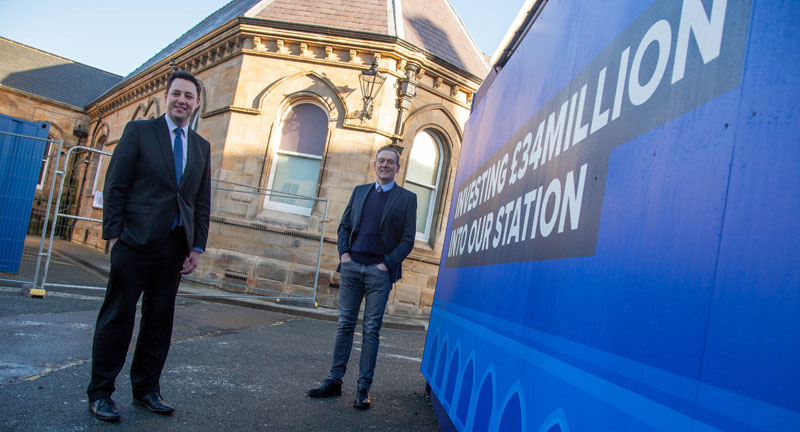 A major £34m overhaul of Middlesbrough’s Historic Railway Station is being spearheaded by Middlesbrough Council, Network Rail and the Tees Valley Combined Authority.

The ambitious plans will see Platform 2 extended in anticipation of the direct London service, while the redevelopment of the undercroft will restore the building’s distinctive archways, along with a direct pedestrian connection from Zetland Road to the northern entrance on Bridge Street West.

Meanwhile funding from Historic England is helping to restore the public realm within Middlesbrough’s Historic Quarter, with Zetland Road and Exchange Square set to form one of the key gateways into the town.

An exciting new development will soon replace a previously derelict site that plagued a local community.

A major investment by CityFibre will ensure nearly every home and business in Middlesbrough has access to next-generation broadband.

The investment of more than £42m is part of CityFibre’s drive to replace the UK’s legacy copper networks with gigabit-capable full fibre optic connectivity.

The state-of-the-art infrastructure will boost business productivity and innovation, deliver millions of pounds in economic benefits for the town, while giving residents and businesses access to the UK’s fastest broadband services of up to 1,000 megabytes per second.

Ashall Projects has submitted a planning application for a four-storey 40,000 sq ft Grade A office building on the former Melrose House site.

The news has already attracted interest from a blue-chip multi-national company which is keen to take much of the space.

Middlesbrough’s £14.1m allocation from the Future High Streets Fund will help to boost the town’s population and create a regional leisure hub.

The council’s bid envisaged 650 new town centre homes for around 1,500 residents, with retail space converted to ensure the town has the right mix to attract footfall and spending.

Investment will also be channelled to key projects including the old Town Hall, the Captain Cook pub, the new Southlands Centre and Captain Cook Square.

Mayor Preston said: “We’ve just been through the toughest year in living memory, but we’re still standing, and still looking to the future with confidence and boundless ambition.

“And we’re certainly not standing still – the roll-out of the coronavirus vaccine means there’s finally light at the end of the tunnel, and we will do everything we can to get life back to normal as soon as possible.

“Despite the pandemic we were able to push ahead with our ambitious regeneration programme right through 2020, and amazing things will be happening right across 2021 too.

“They’re all about creating jobs and prosperity, and building a great place to live – the impact will be immense, and will deliver benefits for decades to come.”

PD Ports, one of the UK’s major port groups, welcomed prime minister Boris Johnson and chancellor Rishi Sunak to Teesport as the region celebrated its […]