Global business Firstsource plans to increase its Middlesbrough workforce to around 700 by the end of the year by creating up to 200 more jobs following its relocation to new offices in the town’s Centre Square.

Firstsource, which already employs 500 people in Middlesbrough, announced the news as it continued migrating its operations from Fountain Court to new offices in the flagship Centre Square development.

The set up and migration of its operations and support colleagues is set to be completed by later this week.

Firstsource, which employs 27,000 people across the UK, US, India and the Philippines, is a leading provider of business process solutions. In the UK, it services clients across Banking and Financial Services, Communications, Media and Technology, and emerging segments.

Simon Hunter, head of UK operations at Firstsource, confirmed that following the move it is planning to recruit around 200 people, as Middlesbrough is key to Firstsource’s growth.

Even after it has filled three floors of the award-winning 1 Centre Square, he said Firstsource’s expansion in the area is likely to continue.

“We’ve firmly got eyes on growth in Middlesbrough, and this heralds an exciting stage for both Firstsource and the communities where we’re creating jobs,” said Mr Hunter.

“Firstsource has had an operation in Middlesbrough for more than 10 years and is a place that we call home. It’s been great to be able to provide opportunities over the last decade and continue to do so going forward.

“We’re proud to be here, creating jobs and we’re grateful of the commitment that the people of Middlesbrough give back to Firstsource.”

“Making our workspaces the best they can be for our staff is a key priority for Firstsource, especially after the disruptions of the past year and this building ticked all the boxes,” he said. “Brand new, good facilities, lots of meeting rooms, training rooms and plenty of open space.”

Firstsouce senior HR adviser Jennifer Taylor, who has worked for Firstsource for six years, said Centre Square’s location will appeal to her colleagues.

“A lot of developments outside town centres are great and have fantastic facilities, but they’re not always the best for public transport,” she said. “But because this office space is located in the centre, people can get to us easily.

“That’s especially important because people work different shifts in our line of work. It’s also really good to have all the facilities and amenities of the town on your doorstep.” 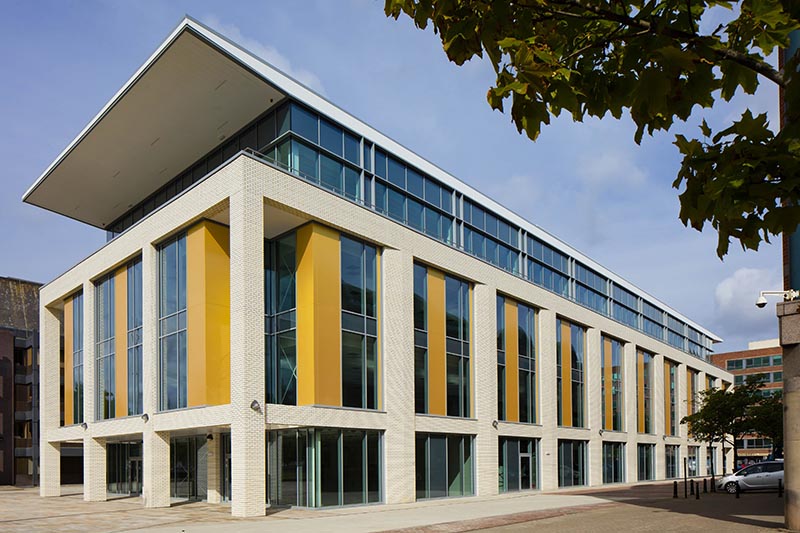 The Centre Square project was launched more than five years ago, after a study by the Centre for Cities think-tank found that Middlesbrough was missing out on well-paid so-called “knowledge-intensive business jobs” compared to places like Leeds.

The Centre for Cities research has consistently shown that an increased concentration of these types of jobs in the centres of towns and cities has led to increased levels of innovation, productivity and additional economic activity.

“Despite the pandemic and despite the government’s decision not to choose Middlesbrough for the Treasury North jobs, Centre Square has created a real momentum and we mustn’t let it slip.”

Mr Ashall said that is why Ashall Projects has submitted a revised masterplan to Middlesbrough Council for the next phase of Centre Square. The proposal sees four new buildings with a combined floor space of more than 200,000 sq ft which could accommodate around 2,000 office workers.

Part of the proposal – Six Centre Square, a four-storey office development – has already been given planning permission and talks are well advanced to bring a major international company there, creating hundreds of jobs.