A Teesside firm will be part of a large-scale US/UK innovation project to revolutionise the wind energy industry.

Based in Middlesbrough’s Boho One, Unasys has been around for more than 20 years, working largely in oil and gas but more lately expanding into renewable energy. During that time, the Unasys team has included over a dozen Teesside University graduates and this talent has underpinned their industry-leading software.

After helping to deliver more than 40 of the most complex oil and gas projects around the globe from their Teesside base, Unasys is now partnering with Tufts University in Boston, Wind Energy giant Ørsted and Transmission Dynamics, based in Cramlington, to reimagine a wind turbine as a physics-based twin.

This new form of technology will embrace modern sensors, a dynamic 3D model and the most advanced digital engine in any energy sector.

This project will see significant efficiencies in wind turbines of the future including how they are maintained and produce energy for the UK. It is hoped that this system could help to manage the operations and maintenance of projects such as the Tees Dogger Bank Wind Farm, the largest renewables project on the planet.

All digital aspects of the project will be created and executed on Teesside and in Newcastle. Unasys MD Mick Flynn believes Teesside University has helped them to lead the way in industry innovation. 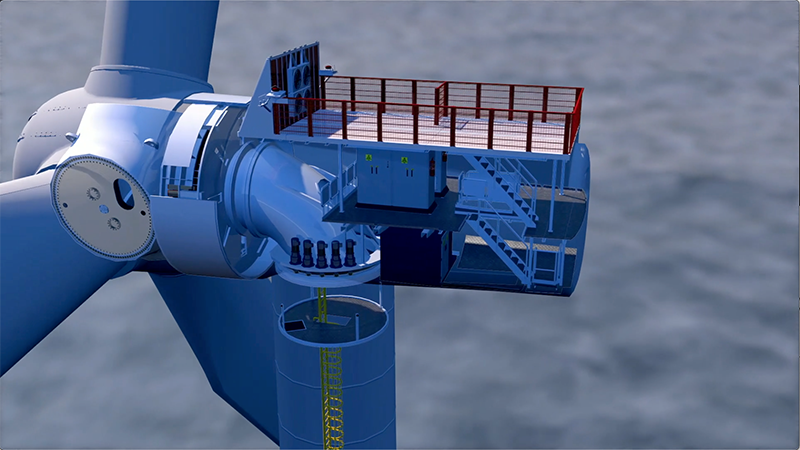 “We’ve had a successful 20 years in industry and we’ve seen a conveyor belt of talent coming through from Teesside University to help us to deliver projects to the four corners of the globe,” he said. “For Unasys to be playing such a significant part in the future of wind energy is a proud moment and it’s fantastic that our faith in local talent has paid off.”

Nashwan Dawood, professor of construction management and IT at Teesside University, said: “One of our research strategy pillars is to develop impactful research that provides growth and prosperity and to companies like Unasys. We have a strategic collaboration with Unasys and together we are a vital contributor to the UK government decarbonisation agenda.”

The UK-US innovation will include sites in Rhode Island in the US plus Fife, Cramlington and Teesside. The project is supported by Innovate UK and the Offshore Renewables Energy Catapult.

The Unasys team will be at the centre of the digital twin, creating the model and underlying digital engine. The work will involve the Teesside-based team utilising drone and laser point scanning technology.