An adopted Teessider has opened up about the incredible success of his fast-growing business empire, citing grit, determination, a willingness to work hard, a refusal to accept failure and the confidence to risk everything in order to reap the rewards.

The personal rules that Mike Racz lives by may strike fear into the hearts of many business leaders, but it’s one that has worked phenomenally well for him, with Racz Group achieving a turnover of more than £60m annually.

What makes Mike’s success even more impressive is that he has achieved it in just 17 years, as he discussed with Tees Business executive Dave Allan in the latest issue of Talking Business online Q&A, sponsored by Jacksons Law Firm.

Arriving in the UK from Communist Hungary at 21, barely speaking English, Mike gave up a factory job to make pizzas for Domino’s. Joining in October 2004, he soon fell in love with the craft and two years later had his first franchise in Hartlepool.

“I’m definitely a risk-taker, just like every entrepreneur who has ever started their own business is a risk taker,” said Mike.

“If you are willing to risk it all, then the rewards are amazing, so that’s what I do every time I go into business.

“Knowing that I could fail is absolutely not in my thought process. Anybody and everybody can fail, of course, but I don’t accept it. I can never accept it – not because I haven’t had failed businesses – but that mentality, that fear of failure, no, you embrace it and get over it.”

Of course, Mike does his homework and never goes into a project blind.

“My business decisions always depend on three things – the concept, the team and me. I have an incredibly supportive team led by my chief operating officer Laura, but everything I do I love and have a real interest in. I don’t do it for the money.”

When asked how others can follow in his footsteps, Mike finds it difficult to summarise.

“You can’t underestimate hard work, dedication and passion. All of these are absolute building blocks for anyone who is successful in business.

“But for me personally, it’s a curiosity. I want to learn something new every day. I still have that unreachable itch that propels me to do more.

“Additionally, I just love business. It’s not stressful to me at all. In fact, I enjoy the problems, the challenges and the fixing. It could be an ego thing, but if I believe I can do better and I’m passionate about an idea or concept, then I have to have a go.”

‘Having a go’ has resulted in Mike investing in The Black Olive bar in Hartlepool Marina “because I always fancied having a bar,” the Man Cave Project “because I love Las Vegas and playing craps but couldn’t buy a craps table, so I put a business on top and now I sell them,” down to his latest project, HQ Barbers & Beverages. 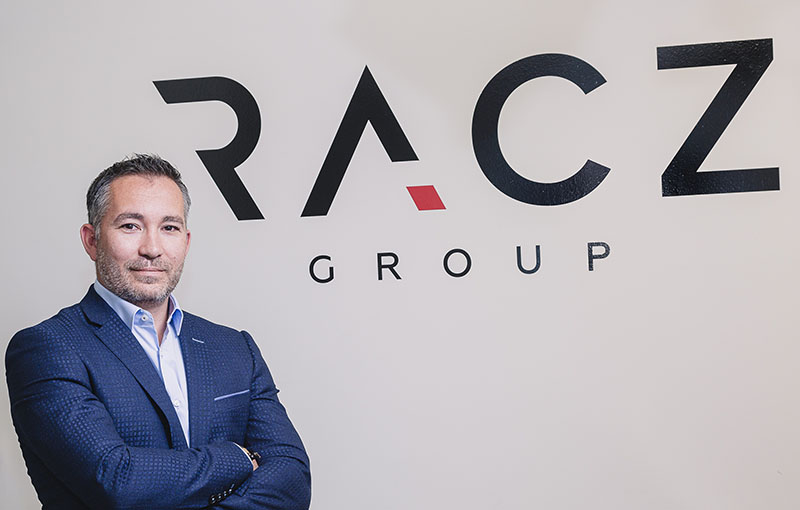 Born of Mike’s frustration to get a decent haircut on his tight schedule, it was another case of ‘doing better’.

“HQ is my brainchild, I wanted to bring one of the oldest professions into 2021 with new technology, a new interior and our own products,” explained Mike.

“I put all my grievances into a voice note, took that and developed the concept further.”

On April 12 this year, three barber shops with a difference were launched in Hartlepool, Middlesbrough and Bishop Auckland.

“You can book online or via an app and we have big digital screens outside the shop that tell you wait times. Then you come and join us in the ‘living room’ to have a pint, tea or coffee or soft drink free of charge, while you wait, plus some banter, of course,” said Mike proudly.

“Since we opened, it’s been mental, really positively overwhelming.”

HQ are now recruiting for barbers, trainee barbers and taking steps to open their own academy.

“We have a lot to learn. It’s new to me but very exciting,” added Mike.

“In my mind, this is just the start and HQ is already an international business. We have interest internationally and from major UK retailers showing interest in our products, plus we are looking to the future to potentially franchise in other parts of the country.”

“It’s all about the concept and the belief followed by the hard work,” reiterated Mike.

“Never set goals because having goals is limiting how far you can go, and I don’t believe in limitations.”

Talking Business is sponsored by Jacksons Law Firm – an award-winning law firm that’s been working with business owners and private clients to help them achieve their goals, in Teesside and beyond, for more than 140 years.