A well-known Redcar store is being bought by Redcar and Cleveland Council as part of moves to “open up” space between High Street and The Esplanade.

The borough council has signed an agreement with Goodwins to buy the retailer’s High Street premises – formerly a Woolworths store for many years.

The deal – part of the wider Redcar Town Deal Scheme – follows the council buying the freehold for the former Marks and Spencer’s building, which stands nearby and has been empty for some time.

It’s part of a vision to create a “focal point” for the town and a link from the High Street to the Esplanade, where events can take place and pop-up food, drink and retail operators can trade.

Goodwins will stay in Redcar, however, after buying the B&M building on High Street at auction. 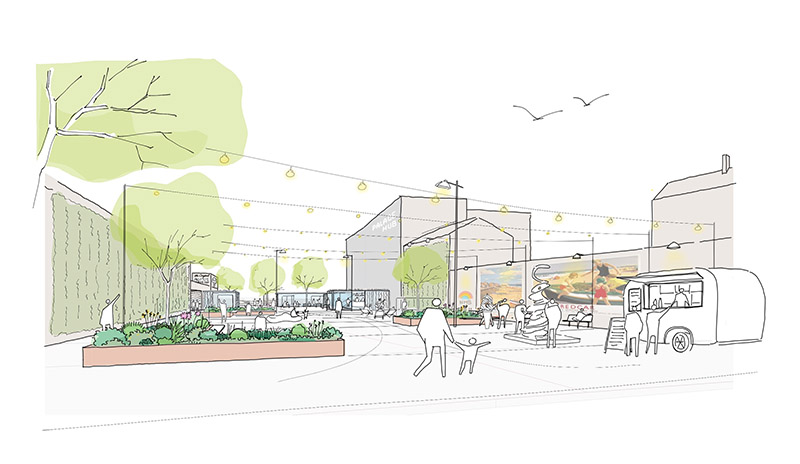 Council leader, Councillor Mary Lanigan, called it a “positive step forward” in the council’s ambitions to “deliver a series of projects in Redcar to create a vibrant High Street and Esplanade”.

She added: “Working in partnership with the Redcar Town Deal Board, we have the opportunity to deliver a number of projects to take advantage of the tourism and economic opportunities that will present themselves in the future.

“These plans will not only benefit Redcar but the wider region and I would like to thank everyone for their hard work getting it this far.”

Mark Johnson, operations and compliance manager for Goodwins, said: “While we have always been in support of efforts to improve the town for all residents, workers, shoppers and visitors alike, our paramount objective is to protect the livelihoods of our team members and to serve our customers.

“To this end, we are now able to confirm that we have managed to secure alternative premises for Goodwins to move into so that we can continue to provide great value and customer service to thousands of people each week.”

He said the move would “facilitate the council being able to take ownership of our current building to improve and develop the High Street and the Esplanade and bring both areas together.”

He added: “It is anticipated that the fantastic changes being made will serve to greatly rejuvenate the area, bringing new visitors, new prosperity and new jobs not only during the work, but leaving a legacy of improvement afterwards.”

Redcar was awarded £25m in June as part of the government’s Town Deal programme. In partnership with the Redcar Town Deal Board, the council is pulling together detailed plans for several projects, including the scheme to link the High Street to the seafront. 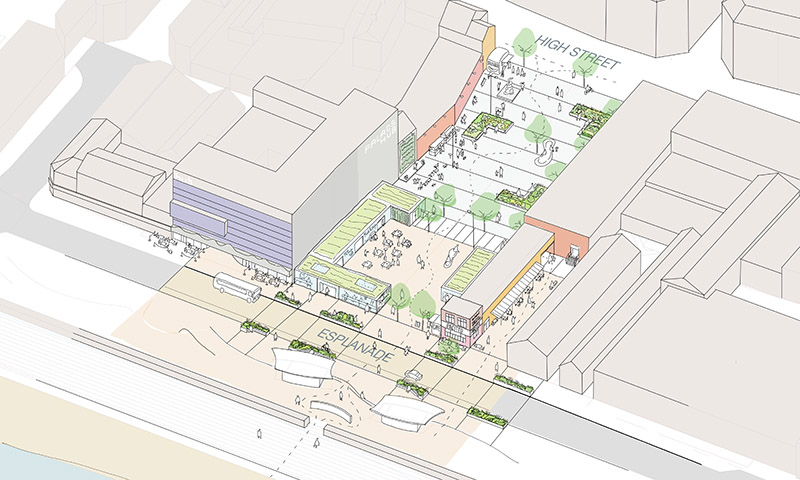 • Improving how the High Street looks and functions, with new landscaping, street furniture, lighting, signage and greenery.
• A coastal activity hub at Coatham, providing the infrastructure to support outdoor activities, water sports and related events.
• A new family activity centre and cultural hub.
• Improvements to Station Road to maximise the impact of major investment at Redcar Central Station and the new Regent Cinema.

A Clean Energy Education Hub at Redcar & Cleveland College is another key plan, plus improved transport connections to the Teesworks site to ensure residents can access job opportunities.

The plans will build on a major new leisure project in the Coatham area, announced last year, which includes a new hotel, adventure golf site and play area. The government awarded Redcar £750,000 for the project, which was used to demolish the old R:Kade indoor skate park and prepare the site for the hotel.

Further public engagement will take place over the coming months to help shape the detail of the Town Deal projects.

More details of the plans – including a fly through video – can be found at www.redcartowndeal.com

As they approach their third year, the Tees Tech Awards are already a key driver and barometer for the region’s digital sector, believe the bosses of a leading Teesside IT firm.

A fantastic £3,000 has been presented to the Power of Women (POW) campaign following the 2021 Tees Businesswomen Awards.

Chinese tech giant Huawei has donated laptops and tablets to a Tees charity as part of a drive to close the digital inclusion gap across the UK.